How To Get The Brain Wired For Math

Posted by Kirby & Christen on Friday, 26 May 2017 in Cognitive Development 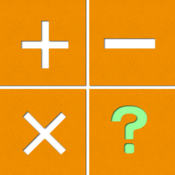 If a child is not understand math, you can play games to get the brain ready for math. If you need to start over with the basics again with an older child, just be aware of using materials that won’t belittle a child (sand, clay). The object is to get the information into the brain through auditory, tactile, and other methods. If the “highways” aren’t working, use “back roads”- it still gets you there!

Three Principles for Getting the Brain Ready for Math

There are lots of ways to teach these various things that we will mention in the next few blog posts, but we’ll start with the first principle.

Some children respond well to counting songs; for instance, “Tick Tock”. You can hold them up and rock them side to side or from foot to foot as you sing: "Tick tock, tick tock, I'm a little coo-coo clock." This works on their balance as well as getting the body involved in learning to count in order. Hold up one finger and jump on time saying, “Coo-coo”. You can play this game over and over, going up as far as they have patience.

Another way of teaching this principle is to make a page of numbers. Pick up items that look interesting (don’t play this game with a child who still puts things in their mouth, so probably older than age 3) like buttons, beans, cut up straw, acorn hats, etc. You can choose items with different colors and shapes and feels too. Then, you write out clear numbers on the left side of a piece of paper, starting with 1 at the top and going down to 10. Next to the clearly written numbers, glue the correct number of an item in a row beside the numbers (e.g. 4 acorn hats next to the number 4). (Older children can actually help make this. And it can be spread over a couple of days based on whether they’re still having fun.) This promotes seeing, feeling, and hearing the numbers in order. It helps recognize numbers and the quantity that goes with each number. The child can see how the amount grows. You can talk about “bigger” and “smaller”, “more” and “less”, etc. teaching math-size vocabulary.

Counting Worm Take the bottom of an egg carton. Cut it in half long-ways. Turn it upside down so that it looks like it has six humps. Make one side a strip of six with a face at one end. Write in order the numbers on each “hump”. Then take the other strip and cut each cup/hump out individually. Put the number of dots on the top of those, from 1 to 6, to correspond with the worm’s humps. Those individual pieces will be his “clothes”. Have the child try to find and match the dots (on the clothes) to the corresponding number (on the humps).

Most teaching of young children works better if there is a funny story to go with it. So you can make a story to go with the counting worm. Such as: He’s getting ready to go to school. He needs to get dressed. Where’s his hat? (Point to the number 1 and to the one-dot.) The whole time you are telling the story, you point to the numbers in order. They find the dots in order. When he is fully dressed, take the counting worm and start to go to school. Then flip him over saying, “The wind blew his clothes away!” This provides another opportunity to dress him again. Then stop after the second round. Always stop while they’re having fun. (If it is hard for them to put it away, just be sure not to promise something you cannot follow through on. For instance, avoid saying an exact time for when you’ll play it later. Just say in general, “We’ll play it later.”)

Math in May to be continued in our next blog post...

Trackback URL for this blog entry.

Helping Children with Fear
Word Families with Blocks
Teaching Numbers with Blocks
Lying
Kirby's Notes on "The Developing Person Through the Lifespan," by Kathleen Berger
How to Stretch Your Child Out of Their Activity Comfort-Zone
Three Rules for Development
A Plethora of Pouring Games